You are here: Home / Products / Pulley&belt

Pulleys and belts for transmission application

A pulley is a wheel or sheave with a groove designed to fit either a belt, rope, or cable. In power transmission, pulleys will most often utilize a belt. A drive utilizing a pulley system is characterized by two or more pulleys in common to a belt. A pulley or belt drive is a method of transferring rotary motion between two shafts. A pulley drive includes one pulley on each shaft and one or more continuous belts over the two pulleys. This allows for mechanical power, torque, and speed to be transmitted across axes and, if the pulleys are of differing diameters, this ratio creates a mechanical advantage.

A pulley drive is similar to a chain or gear drive, except the ratio and speed reduction is accomplished through differing pitch diameters of the pulleys rather than by the number of teeth on a sprocket or gear. The motion of the driving pulley is, generally, transferred to the driven pulley via the friction between the belt and the pulley.  Synchronous/timing belts have teeth and therefore do not depend on friction to transmit motion.

Here are some pulleys and belts we supply:

The “V” shape of the V-Belt tracks in a mating groove in a pulley or sheave, with the result that the belt cannot slip. V-Belts are also available with cogs, which further increase their efficiency. Many drive systems utilize multi-grooved sheaves to accommodate multiple V-Belts, depending on drive horsepower and torque requirements. Such drives can utilize multiple individual V-Belts or the belts may have a common backing. V-Belts come in five width sizes, are standardized between manufacturers, and are available in a number of different lengths.

V-Belts are generally considered the least expensive manner in which to transfer power. As V-Belt size and length gets larger, drive efficiencies decrease. Newer belts designs and styles have improved upon the V-Belt and should be considered for more complex drive design 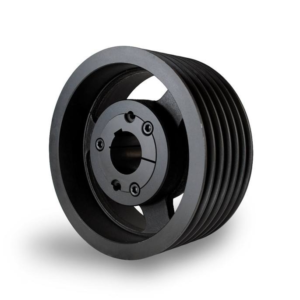 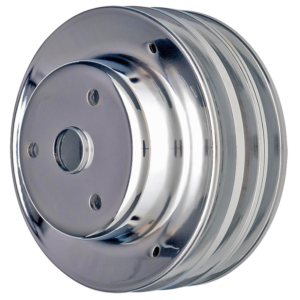 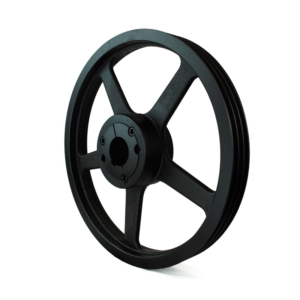 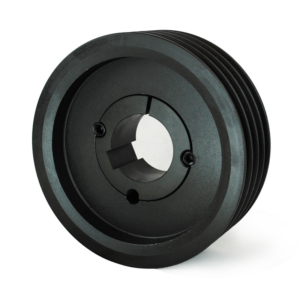 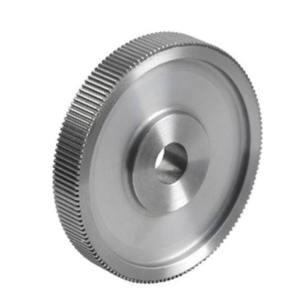 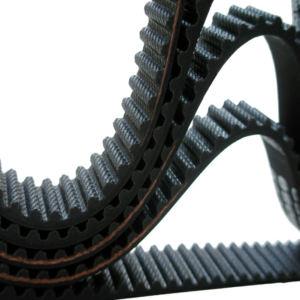 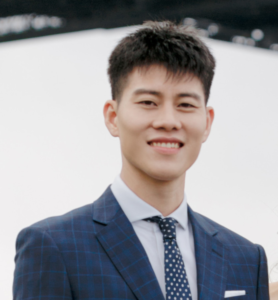 Other products we have supply 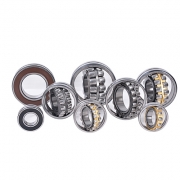 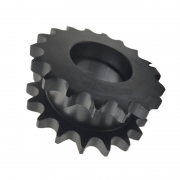 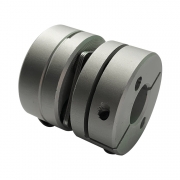 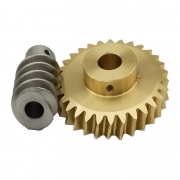 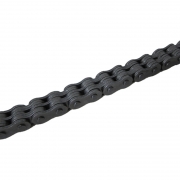